From today's Mike Myer column, "Being Selectively Correct," in the Wheeling News-Register:

Not discussed in his column:

Discussed in his column:

Myer's column does not mention who participated in the original rally or how it was advertised (see below). Instead he focuses on the past (mostly slavery and Thomas Jefferson) and then suggests that yesterday's rally was really about preserving Southern heritage (statues). A sample:

But what about the statues, hundreds of them, of private Confederate soldiers that stand in many communities as memorials to the bravery of men from those towns and counties?

(Note -- Charlottesville was about Robert E. Lee's statue and not a private soldier's which is much farther down Myer's slippery slope.)

As others have written, the Lee statue was an excuse for a rally. I think that it is important to note that nowhere in the column does Myer mention the racist and anti-Semitic backgrounds of the participants and so we are left with the impression that those who objected or counter-protested the rally were just practicing political correctness.

I think it's more than just a bit disingenuous to suggest that the original rally participants were just innocent citizens wishing to preserve their past. Not when you advertise your rally like this: 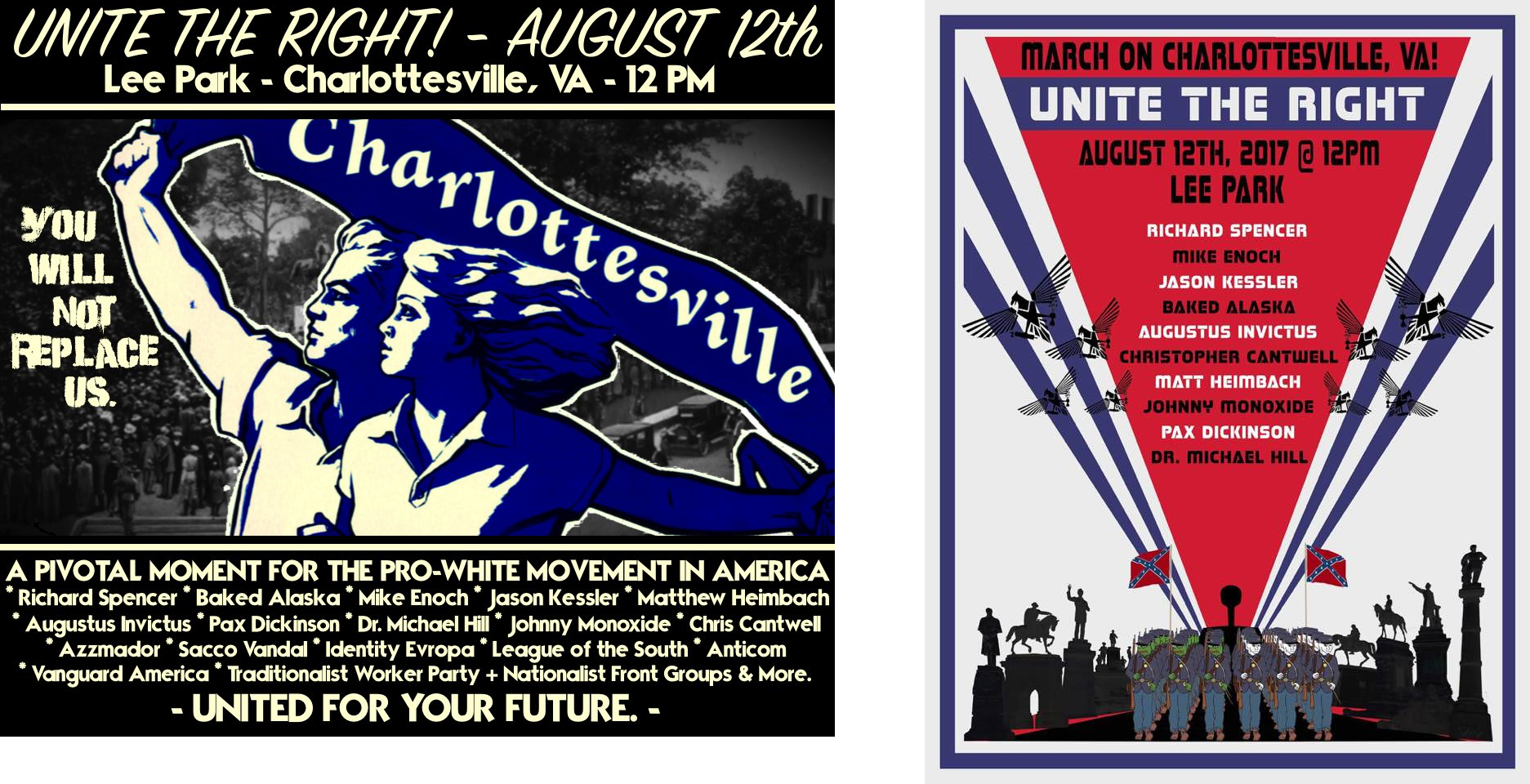