Looking to the past to create West Virginia's future

Last weekend, for instance, the legislature demonstrated their belief that killing bacteria in milk (pasteurization) is just a scientific theory not unlike "climate change." Similar to the delegate handing out sunscreen earlier this year to demonstrate that climate change is just a theory, the lawmakers drank raw milk at a party celebrating the passage of legislation that loosened the laws related to the consumption of raw milk. A number of them got sick. According to the Associated Press:

Some West Virginia lawmakers and Capitol staffers had a very bad weekend after drinking raw milk to celebrate a law loosening restrictions on the product. Now state health officials are investigating whether the milk was to blame for their fever, vomiting and diarrhea, and weighing allegations the raw-milk party broke the law.

Looking forward, here's what up next for West Virginia citizens: 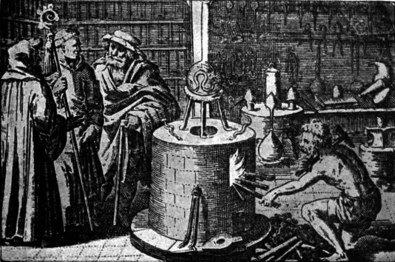 The Senate Alchemy Subcommittee (part of the Finance Committee) promised to produce enough gold to balance the budget before the end of the legislative session. Stating that "we're getting really close," the committee asked for a few more days in order to complete their work.

Miner Personal Responsibility Bill -- This bill advanced by the labor committee would remove all state miner safety legislation by putting the responsibility for miner safety squarely on the person most affected - the individual miner. In hearings on the bill, one committee member noted that "some of the equipment might be expensive but, hey, they're lucky they still have a job. This bill should return us to the way things were 100 years ago when there were plenty of coal jobs." Also appearing before the committee was a mine owner who works in state government who proclaimed "It's all Obama's fault."

Race to the Bottom Bill -- Buoyed by their success in having overcome the governor's vetoes on right-to-work and prevailing wage, the WV Senate will soon act on this bill which has already passed the House of Delegates. Based upon the model of finding workers frequently used with migrants, the bill encourages bidding among applicants to see who will be willing to work for less. This bill, with support from the Chamber of Commerce and the Koch brothers seems destined to pass the Senate. As one Republican leader put it: "Who says we're not job creators?" 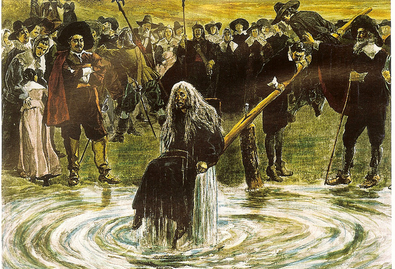 Duckingstool Amendment -- This amendment to the bill requiring drug testing for public assistance recipients was originally a stand-alone bill that would have required welfare recipients to go through the duckingstool ordeal in order to receive public assistance. (It has now been attached to the drug testing part of the Temporary Assistance for Needy Families Program bill.) Duckingstool sponsor, Delegate Sam Smidoff, claims that his original bill accomplished the same purpose as the drug testing bill, humiliation of the recipient, for a lot less money. "At a time when the state is in a major financial crisis, we ought to look for the most cost effective ways to embarrass people although we can't humiliate some of these people enough."